skip to main | skip to sidebar

1 & 2. Glasgow in 1961. 1100 operated peak hour journeysfrom Partick Depot to the shipyards at Clydebank. 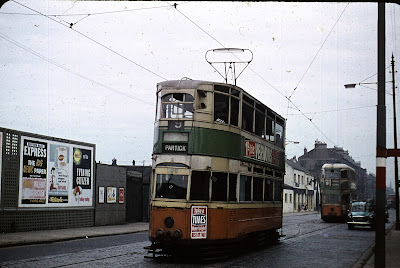 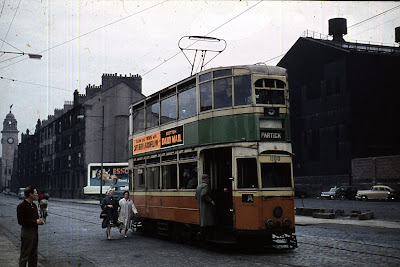 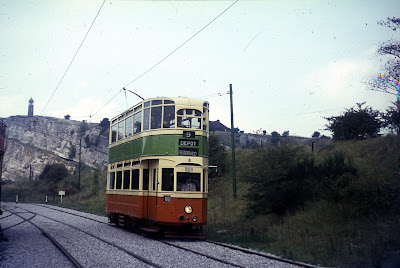 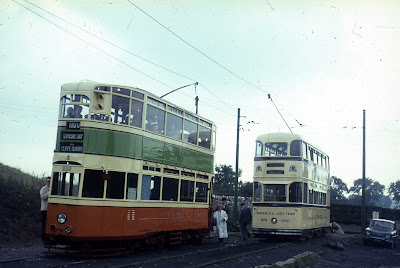 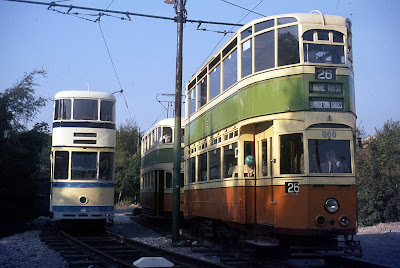 Posted by Richard Lomas at 11:45 am No comments: 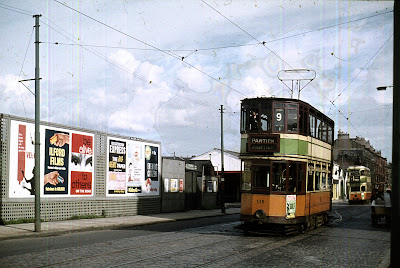 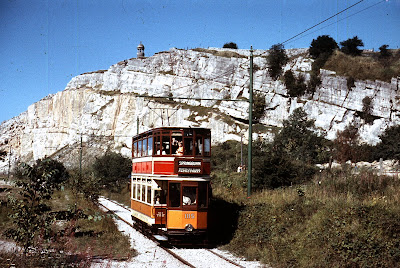 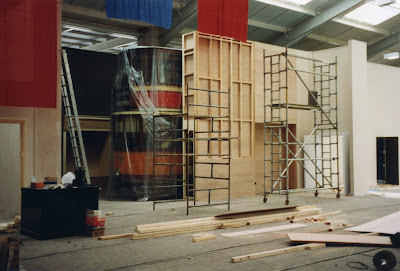 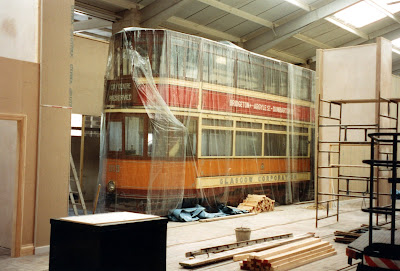 Posted by Richard Lomas at 8:28 am No comments: 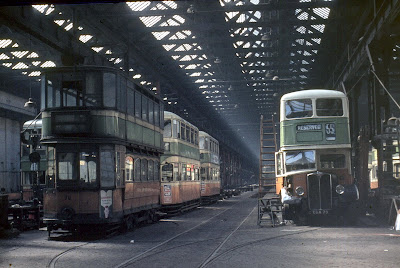 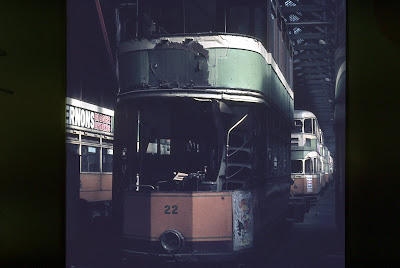 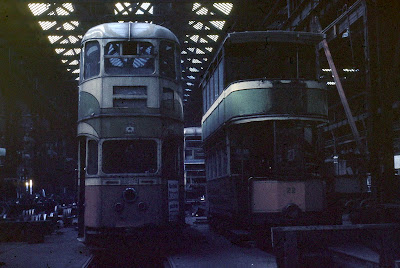 Posted by Richard Lomas at 8:20 am No comments:

I found these three pictures in amongst some family photos taken in 1984. 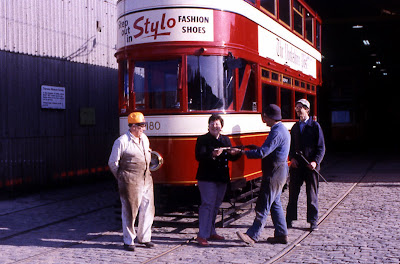 1 & 2. One Sunday afternoon I was working as a volunteer Gate Attendant and Kath was driving 180 and overhead line work was in progress at Glory Mine. The technique was for the bow to be pulled down whilst 180 coasted under the repairs. However Bob miscalculated and the bow hit a large heavy screw jack. The following weekend Kath was presented with the remains of 180's bow. 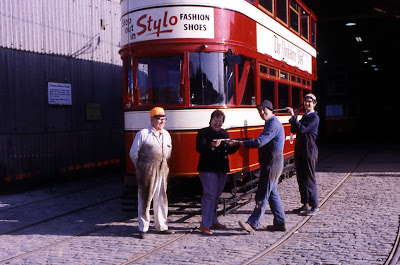 3. 180 parked at the end of the line demonstrating the superior track layout at that time. 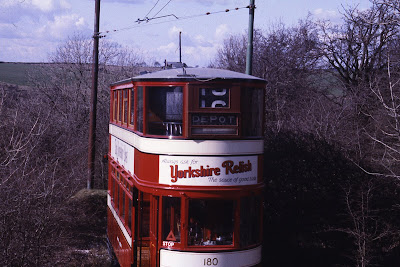 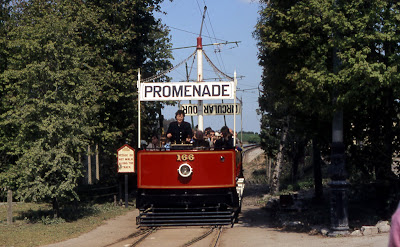 Posted by Richard Lomas at 4:40 pm No comments:

Two pictures of Derby trolleybus 215. The first one was taken on New Year's Day a long time ago. 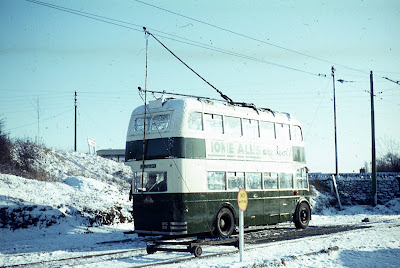 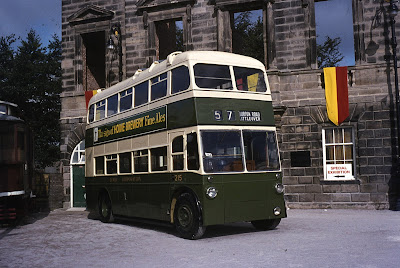 Posted by Richard Lomas at 8:48 am No comments:

These pictures were taken in March 1986 and are some of the last colour slides that I took. The main project that winter was doubling the track to Cliffside but a broken bracket arm at Glory Mine also had to be replaced. 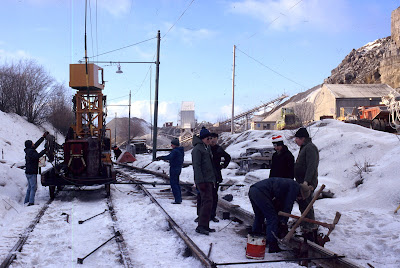 1 & 2. The work scene at Cliffside - we were just passing through with the tower wagon. 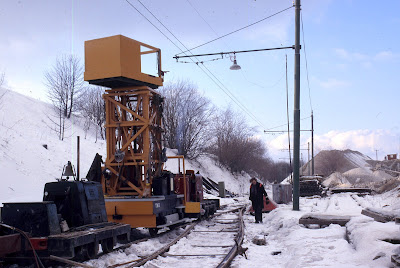 3. Wakebridge enroute for Glory Mine.
4. Glory Mine and the offending bracket arm. (I still think that the two tram length stub at GM should be re-instated) 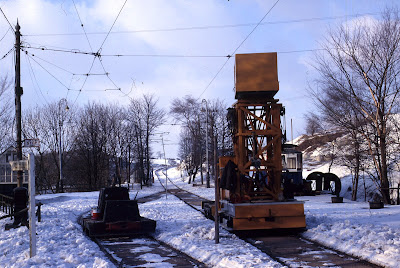 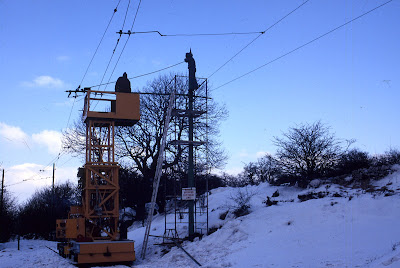 Thank you to Lukasz in Poland for spotting a mistake which I have now corrected.
Posted by Richard Lomas at 7:48 am No comments:

During the winter of 1983/84 the track fan in front of Depot II was relaid for the second time. 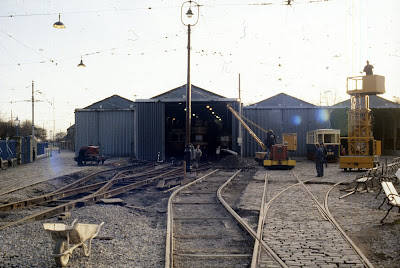 Depot II was the first Atcost building at Crich and was built to hold 6 trams. Rail from the former Crich Mineral Railway was laid on wooden sleepers in the depot and the trams man-handled in using lengths of temporary rail which were then taken up. Over the years the depot was extended forwards and the track fan from the Douglas Head Marine Drive tramway in the Isle of Man was laid to give access to the trams. The rail inside the depot was replaced with grooved tram rail and the floor concreted. Finally in 1983/84 the DHMD rail was replaced with grooved tram rail. 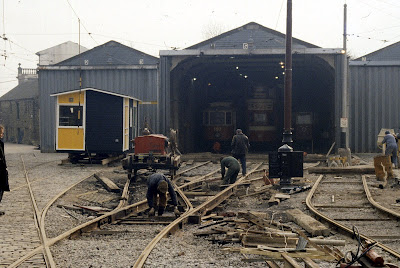 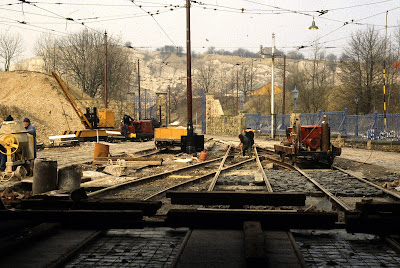 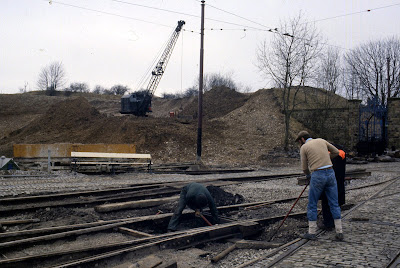 Posted by Richard Lomas at 11:50 am No comments:

Richard Lomas
Richard's Tram Blog is a personal blog aimed at publishing pictures of trams and their infrastructure.
The Historical Archive is being replaced by a series of 'Pages' on this blog.
Travels with a Bus Pass contains photographs of buses.
The other blogs are holiday reminiscences.